The French government will soon launch a plan for the safeguarding of national roads, aiming at urgently renovating roadways and bridges, said Minister of Transport Elisabeth Borne. 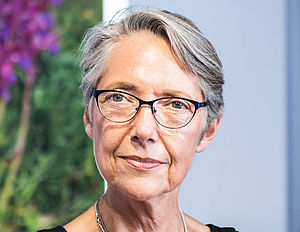 A report submitted to the minister in April, but not yet made public, highlighted "the poor condition of the road network," she told the Senate. "Our underinvestment has been obvious," she lamented. "50% of the pavement surfaces are to be renewed and almost one bridge out of 10 is in bad condition. A stronger action of upgrading is essential, even if the credits have already been increased this year”, she said.

"In 2019 we will have to commit a plan for the safeguarding of pavements, bridges and equipment of the national road network," the minister announced. The plan aims to spend €1 billion a year on road maintenance and modernization, up from €800 million this year. It will include "quantitative objectives for improving the road network", set every five years from 2022, she said.

The Minister of Transport has also confirmed her objective for highways serving the medium-sized towns “to accelerate, route improvement operations: niche overtaking, deviation or, when traffic justifies, passage 2x2 lanes on certain sections. In most cases, it's not about ‘big jobs’, but about simple improvements," she said.

More generally, "the government will soon know its choices" in terms of infrastructure, noted Elisabeth Borne. The law of orientation on mobility (LOM) that it intends to present before the summer “will propose an overall strategy as well as a sincere programming of our infrastructures over the next two decades", she promised. "This programming will have to rely on solid and sustainable financial resources, by favoring, whenever possible, payment by the user or by the final beneficiary of the projects," warned the minister.

At Eurobitume France, which has been actively campaigning for several years to promote solutions with bitumen for the maintenance of the road network, our most precious asset, we are delighted by this plan for safeguarding national roads. Meanwhile, for stakeholders the next step is to get from the local authorities a plan for safeguarding the remaining 99 percent of the road network.