Insufficient investment in road maintenance has led to a concerning 15 per cent of cantonal roads* in Switzerland being in a critical or poor condition. 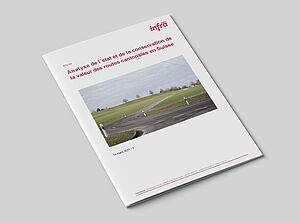 This is one of the key findings in a recent report by Eurobitume Industry Partner Infra Suisse, the professional organisation of companies active in infrastructure construction in Switzerland.

While the majority of Swiss cantonal roads are in good condition, the report concludes that despite the cantons investing an average of about one billion Swiss francs (more than €900 million) in the maintenance, improvement and expansion of their roads, almost half do not invest enough money to maintain the long-term value of their roads.

*A quarter of all roads in Switzerland are cantonal roads. They connect villages, transport supra-regional through traffic and ensure the connection to the national road network.