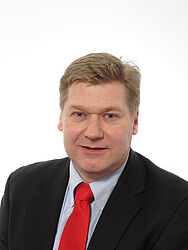 Previously Eurobitume’s Vice-President, experienced bitumen, oil and gas industries senior executive Frank took over as President from ExxonMobil’s Frédérique Cointe, who had been in that role for the past 12 months.

As President, one of Frank-Michael’s first priorities will be supporting the delivery of the 7th E&E Congress in June, which will be the first virtual E&E Congress. Having been originally scheduled to take place one year ago in 2020, the congress is eagerly awaited and there are high expectations from participants and sponsors of the outcome.

In parallel, another important priority for the next few months will be to position Eurobitume for the future. Meeting the needs of all members and stakeholders in a quickly changing world is critical, ensuring that Eurobitume remains the first reference for the bitumen industry in Europe.

Also at the Eurobitume Spring Meeting, Eurobitume members elected a new, 10-strong Board of Directors: